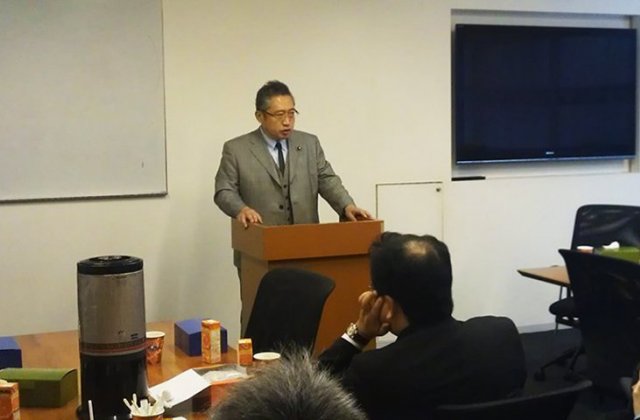 Our guest speaker for March was Yoshimi Watanabe, former Minister of State for Regulatory Reform and Financial Services and, since 2008, party leader for Your Party, Japan's third largest political party according to most recent polls. Mr Watanabe is taking a leading role in the creation of an alternative to the Democratic Party of Japan (DPJ) and Liberal Democratic Party (LDP). Whereas the call for drastic reform and smaller government is gaining momentum in local and regional elections (such as Nagoya and Osaka), Mr Watanabe is the sole representative of this movement at the national level, at least for the time being. His party is running on a platform for major liberalisation of the Japanese economy and introduction of a "federal" system, with much of the regulatory power transferred from central to regional government. Mr Watanabe has agreed to talk to us about how sees the future of Japan, the role of Your Party, and his views on other similar movements such as that of Osaka Mayor Toru Hashimoto and Ishin no Kai.